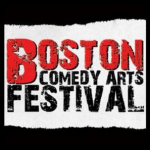 
For over 30 years, ImprovBoston has been New England's leading theater and school dedicated to the art of comedy in all its forms. Voted "Best of Boston" by The Phoenix, The Improper Bostonian, and The Weekly Dig, ImprovBoston performers, teachers and students have included film stars, Emmy Award-winning comedians, and acclaimed producers, directors, musicians and writers. ImprovBoston alumni are featured on The Daily Show, America's Got Talent, Funniest Wins, Real Time with Bill Maher, Last Comic Standing and John Oliver's Last Week Tonight, to name a few. In 2014, the Independent Reviewers of New England honored ImprovBoston with an award recognizing its longstanding contributions to the Boston theater community. As a nonprofit arts organization, ImprovBoston serves the community through laughter with youth outreach programs, workshops for businesses, scholarships, a national touring company and, of course, performances at its theater complex in Central Square, Cambridge.