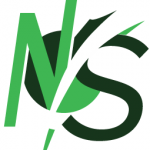 
The New South Comedy Festival is associated with the Alchemy Comedy Theater which is owned and operated by Harrison Brookie.
top ↑
Login to this site requires ssl communication.
Click here to reload the page over ssl.