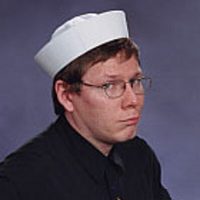 Bill began performing in Michigan in 1994 where he performed for six years. During this time he served as a company player with The Troupe before moving to Phoenix, AZ in 2000. In Phoenix, Bill helped organize the first Phoenix Improv Festival in 2002, spent two years completing training at the iO West Training Center in Los Angeles, served three years as the youth improv trainer for the Arizona Jewish Theatre Company and was one of the founding members of The Torch Theatre in 2007.

In 2013, Bill launched the National Improv Network and the festival submission tool which allowed improv troupes to build online resumes for submission to festivals nationwide. In 2015, he built the Teacher booking tool on the same site. Bill and the other instructors of The Torch Theatre were nominated for the Big Brain Awards in 2012. In 2014 he received the Coachella Valley Improv Award for Contributions to Improv.

Currently, Bill performs with Apollo 12, Galapagos and The Neighborhood, is an instructor at The Torch Theatre and producer for the Phoenix Improv Festival.

Currently Teaching at: The Torch Theatre

"I highly recommend him as a teacher. I believe your students will get just as much out of his workshops as mine did." - R. Kevin Doyle – Education Director Improvaganza

"Bill is passionate and very patient when teaching. We had different levels of experience in our group and he was inclusive of all questions while keeping a firm grip on the goals of the workshop." - Stephanie Kuroda – Student

"I was so lucky to have met those people. Bill Binder, and the people who run the Torch Theatre. I credit them for showing me what long-form improv was and what it could be." - Aidy Bryant - Performer SNL