Home / Miles To Go Before I Sleep

There’s a famous poem by Robert Frost that I do not have permission to post in its entirety here. In it, the narrator stops his horse on a snowy night far from the city at a small farmhouse in the deep of the night. Even his horse is confused at this seemingly non-final destination, but the narrator understands what the horse does not; that there is still a great journey ahead, but the journey itself and those points along it should be cherished as much as the destination.

I think of that poem frequently since my visit to the Coachella Valley Improv/Comedy Festival, a freshman event that in some structural ways was very different than what many of us recognize as an improv festival. After-parties were replaced with dinner banquets. Energy drink sponsors were replaced by city council members. The audiences had a solid generation lead on the audiences elsewhere. Those surface level differences were immediately noticeable. But just as noticeable was the far deeper similarity; a true love of the art. It was visible on the faces of every staff member, every volunteer. They loved what improv was and could be.

And the audience loved every moment of it. This audience, many in their 60s or beyond, had possibly never seen this thing we’ve fallen in love with. And now they’re in love too. Such a joy of discovery was evident in the audience as they poured out after the last performances of the evening. I recognized that look of a new found love that I’ve seen in so many level 1 students over the years.

There’s an old, bad notion that only shortform should be shown to an “unsophisticated” or “untried” audience; that longform is never going to win over an improv Muggle. There’s an old, bad notion that to do challenging artistic work (in shortform or longform) you have to find the hip, elite, Avant-garde audience – probably in a major city. I personally challenge anyone who passes on these ideas to run those theories by any audience member walking out of the Indio Performing Arts Center that night. These people were not treated with kid gloves. Fancy Football hit some dark honest relationships, DAAAANG Judi Dench and Mister Town City both weaved complex narratives around each other in tremendously satisfying ways. White Women hit every single scene hard and unflinching. Every show that night rang with the truest sense of Truth in Comedy. They honored the oft quoted words of Del and treated their audience like poets. And the audience reacted in kind.

The residents of Indio, California are not elite or underground. They enjoy good art. The residents of Juneau, Alaska are the farthest thing in the world from Avant-garde, but Rorschach Pattern 9 constantly and consistently challenges them artistically. And they come. Chicago and San Francisco gave a wonderful gift to the world many decades ago; a gift I am thankful for every day. But now that gift belongs to all of us. And that gift needs to continue to be shared in every place.

Improv doesn’t need to be the exclusive privilege of the metropolis. Festivals shouldn’t be the domain of cities with NFL franchises. Any town I visit that tells me it’s too small to support an improv scene, I will point to Indio. Any town that says its audiences wouldn’t get improv, I will point to Indio. Improv is everywhere. The love of improv is everywhere. The state of improv in the world – just like in that poem – is lovely, dark and deep. But we have promises to keep and miles to go before we sleep. 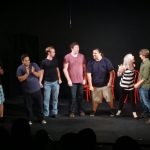 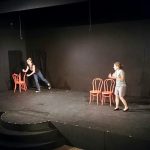 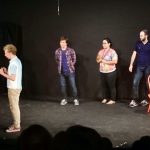 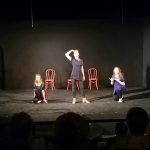 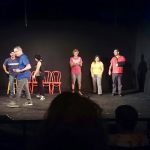 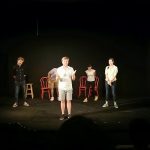 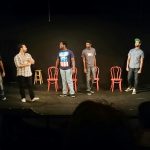 Currently Bill is an instructor at The Torch Theatre and producer for the Phoenix Improv Festival. He tours teaching and performing across North America.