For a group of people who pride themselves on never going on a script, we fall back into a lot of the same sayings over and over again; “Support Your Partner”, “Heighten the Game”, “Play to the Top of Your Intelligence”. We sometimes get into such vain repetition that we kind of forget what those words really mean, and also assume that those we’re saying it to will somehow understand exactly what we mean.

Around NIN circles, one of those sayings is “A rising tide lifts all boats”. Now, if you know me, you know I believe that to the core of my soul. But just because we say those words a lot doesn’t mean we can always back them up. We’ve become so confident that it is true, that we never really talk about that idea in a real clinical or analytical sense. Maybe we should.

Well, it turns out there is some math to support it. Some 18th Century Math to be specific. That kind of thing was all the rage among the prominent nerds of the 1760s. But I don’t think we want to go that far back today.

Instead let’s go back to 2008 and Dan Gilbert’s excellent Ted Talk.

If you haven’t watched his videos or read his book, they are absolutely filled with very straightforward ideas which are great tools for marketing your theatre or your festival. In fact, you should really watch his whole video here when you can. Each of his points could be the topic of a blog post (and if there’s interest, perhaps there will be.) But today, let’s just talk about one of them.(slightly altered to fit this post)

This is an alpaca 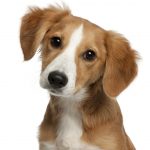 This is a dog

If you’re reading this you may live in a major city, or at least near one. I want you to think about that city and answer the following question. You can’t Google or research this answer. Simply answer.

Are there more dogs or alpacas within the city limits of the city you’re thinking of?

It’s not a trick question. You know the answer. It’s obviously dogs. You don’t need statistics to know that’s correct. But why do you know that?

You know that because you see dogs. There are dog parks. There are dog grooming centers. There are magazines about dogs. There are clearly lots of dogs in the city. That doesn’t mean there are no alpacas around. There probably are. Maybe in a zoo or in a farm somewhere. There just aren’t nearly the same number of dogs, or you’d know.

The brain is pretty smart. That kind of reasoning is how humans cope day to day with making informed decisions without firm hard statistics at every moment. It helps us make good decisions. But that part of the brain can also be hacked.

As few alpacas as there are in your city, there are probably even fewer Powerball millionaire winners. But it doesn’t feel like it, does it? Every week on the news, they show the newest winner. Every jackpot billboard has a picture of a winner. A different winner on every billboard. You start seeing Powerball winners. They must be real, because you see them. And the more Powerball winners you see, the more likely you are to get a Powerball ticket. Even if you’ve never bought a lottery ticket. I’ll bet you thought about it more than you thought about getting an alpaca. Tell me I’m wrong.

The truth is, people make decisions based on familiar things. When I am hanging with my troupe and we think about grabbing a bite, pizza is an option. Because pizza places are everywhere. When I visited Vancouver last month and we talked about where to eat, people suggested grabbing donairs because there are donair joints everywhere in Vancouver. You know why we don’t consider that in Phoenix? Because no one I know has ever heard of a donair. There is actually a Canadian donair places within short driving distance of me. I just never saw it. And even if I saw it before, I probably wouldn’t have gone in because it wasn’t familiar. Pizza must be good or there wouldn’t be pizza places everywhere.

If you own an improv theatre, if you run a festival, if you have a troupe: You, my friend, are an alpaca in your town. Improv is growing faster than it ever has. People know it beyond just a TV show now. Some day we’ll be ferrets. Some day we’ll be goldfish. And I know someday, we’ll be adorable puppies. But today? We’re alpacas. It’s OK. Own it.

There are still so few of us out there, people don’t know we’re here. Why in God’s name would you hide that fact by not promoting shows around town that are not your own? Show your city that improv is worth doing. Show your city that improv is worth seeing. Invite those people to join a real true improv community. Because if you do, they will. It’s not just a warm fuzzy thought, it’s solid business sense.

So yeah, a rising tide lift all boats. But that tide doesn’t just appear from nowhere. That tide is the people of your city and they will lift you up. But you have to let them see the boats.

Currently Bill is an instructor at The Torch Theatre and producer for the Phoenix Improv Festival. And he wants to give a special shout out to Jeter’Z, NCT Phoenix, Chaos Comedy and ImprovMania who make the greater Phoenix area an place of improv.