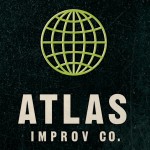 
Since its creation in 2004, Atlas Improv Co. has been a staple of Madison’s improv and comedy community. Founded by then-members of ComedySportz Mary Parmentier and Bryan Judkins, Atlas sought to build a creative environment that would challenge and fulfill its members artistically in a way the constraints of ComedySportz simply would not allow. Today, Atlas is Madison’s premiere improv troupe, performing four shows each weekend and teaching the art of improv in their own Atlas Improv Theater. Find Atlas Improv Co. on Facebook (http://www.facebook.com/AtlasImprov) and Twitter (http://twitter.com/AtlasImprov).


top ↑
Login to this site requires ssl communication.
Click here to reload the page over ssl.