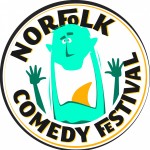 Hello from the Norfolk Comedy Festival! We are entering our 8th year and are excited to be opening up the festival to submissions. In the past, the festival has been an invitation only fest, but we are hoping to expand our circle of improv friends.

We are looking for both improv and sketch groups. We have a burgeoning musical program, so musical acts are encouraged as well.

The Norfolk Comedy Festival will be September 18th through 21st at the Push Comedy Theater in Norfolk, VA. The deadline to submit is August 5th.


The Norfolk Comedy Festival was founded by The Pushers, Virginia's premiere comedy group. It his held every year at the Push Comedy Theater. We want to make NCF an amazing expreince for performers and audience members alike. We have cultivated a very comedy hungry community who like to treat visiting improv comedians like rockstars!
top ↑