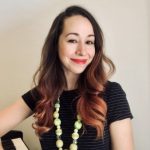 Megan is a classically trained singer, actor, and improviser in Austin, Texas. On stage, critics have called her "charming" and said her "vulnerability is manifest and moving." She performs regularly with the award winning modern musical troupe Rook. With Rook, Megan has performed at the Improvised Play Festival (Austin, TX), FronteraFest (Austin, TX), Out Of Bounds Comedy Festival (Austin, TX), Dallas Comedy Festival (Dallas, TX), Improv Festival Oklahoma (Oklahoma City, OK), and Big-Little Comedy Fest (San Antonio, TX). Megan has performed in productions such as the awarding-winning Nothing and Everything: Improvised Anton Chekhov Plays (The Long Center), the wildly popular Happily Ever After: Improvised Musicals Inspired by Disney Classics (Hideout Theatre), and local favorite Austin Secrets (Hideout Theatre). In 2019, she was honored to be one of the core eight cast that completed Hideout Theatre's infamous 48 Hour Improv Marathon.

Outside of performing, Megan regularly teaches and directs improv at the Hideout Theatre, which specializes in narrative improv. She has taught masterclasses and workshops locally and abroad as far away as New Zealand. She recently directed the return of Hideout Theatre's hit musical show Happily Ever After: Improvised Musicals Inspired by Disney Classics as well as Wonderland.

"Megan changed the way I view my role as an improviser. She totally flipped the script for me, and opened my eyes to how I have limited myself as a performer. And all after only one session." - Annie Shortt, Moment of Silence

"Megan is that rare instructor whose own superb skill as an improviser is quite obviously matched by her genuine passion for teaching. Whether you are new to improv or a seasoned improviser looking to sharpen your skills, Megan will provide you with a unique, supportive, and collaborative learning experience of exceptional quality." - Jonathan Shepard